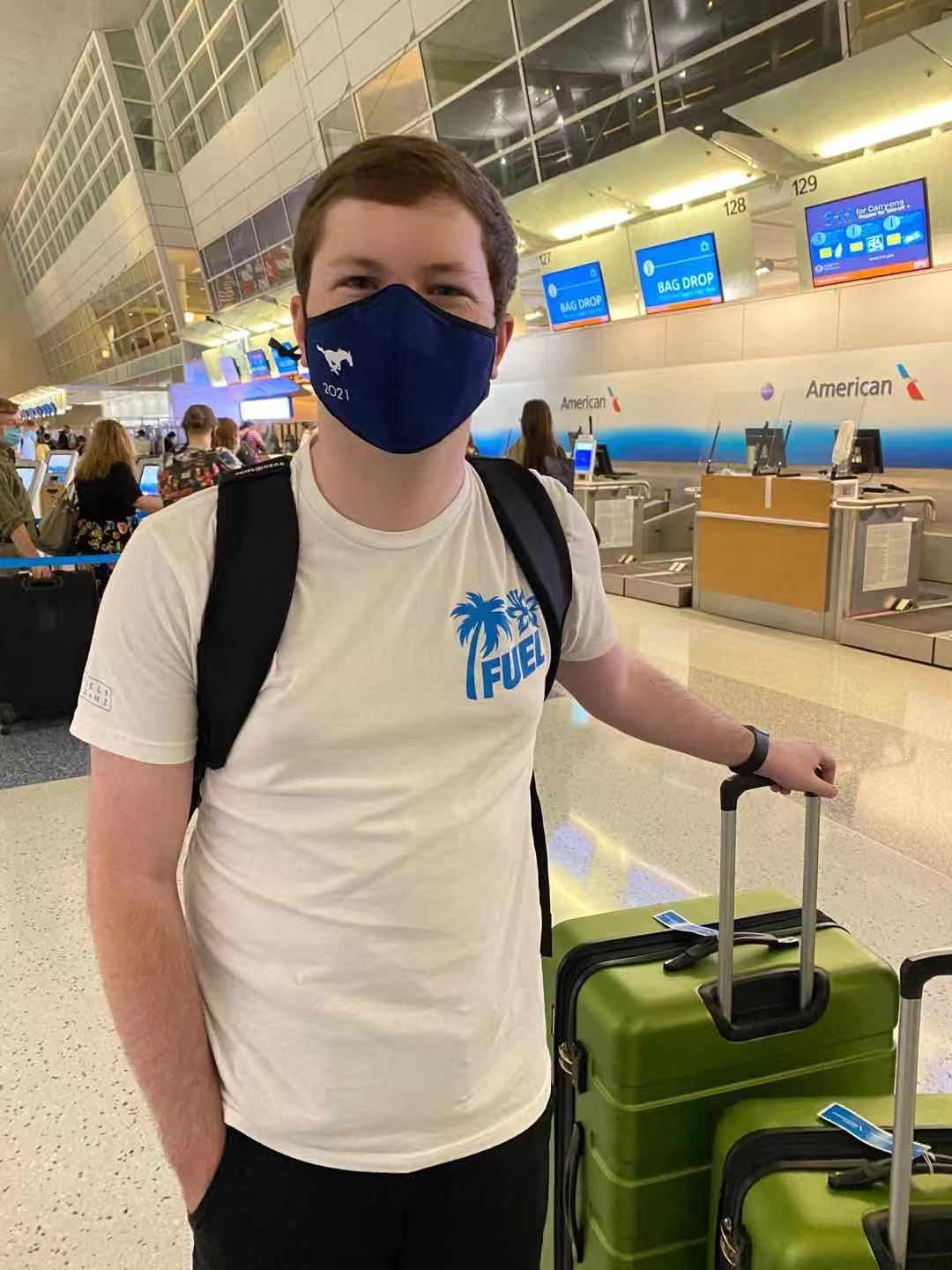 I have arrived in China!!! After 16+ hours of air time, my flight from DFW to Shanghai finally made it, but I wasn't prepared for the long journey to get out of the airport. Airports are not anyone's favorite system to navigate, whether it be the process of getting there to board or the process of departure, especially in an international terminal. But during COVID and in a place as strict as Shanghai, the process was not fun to say the least. When our plane arrived at the Shanghai airport gate, we were told we needed to wait on the plane until an airport team in PPE gear could come through and take everyone's temperature, no big deal right? Well turns out the airport didn't have enough staff so we had to wait about 30 minutes for enough staff members to do a temperature sweep of the plane, then we finally were able to exit the airplane, but only in small groups. 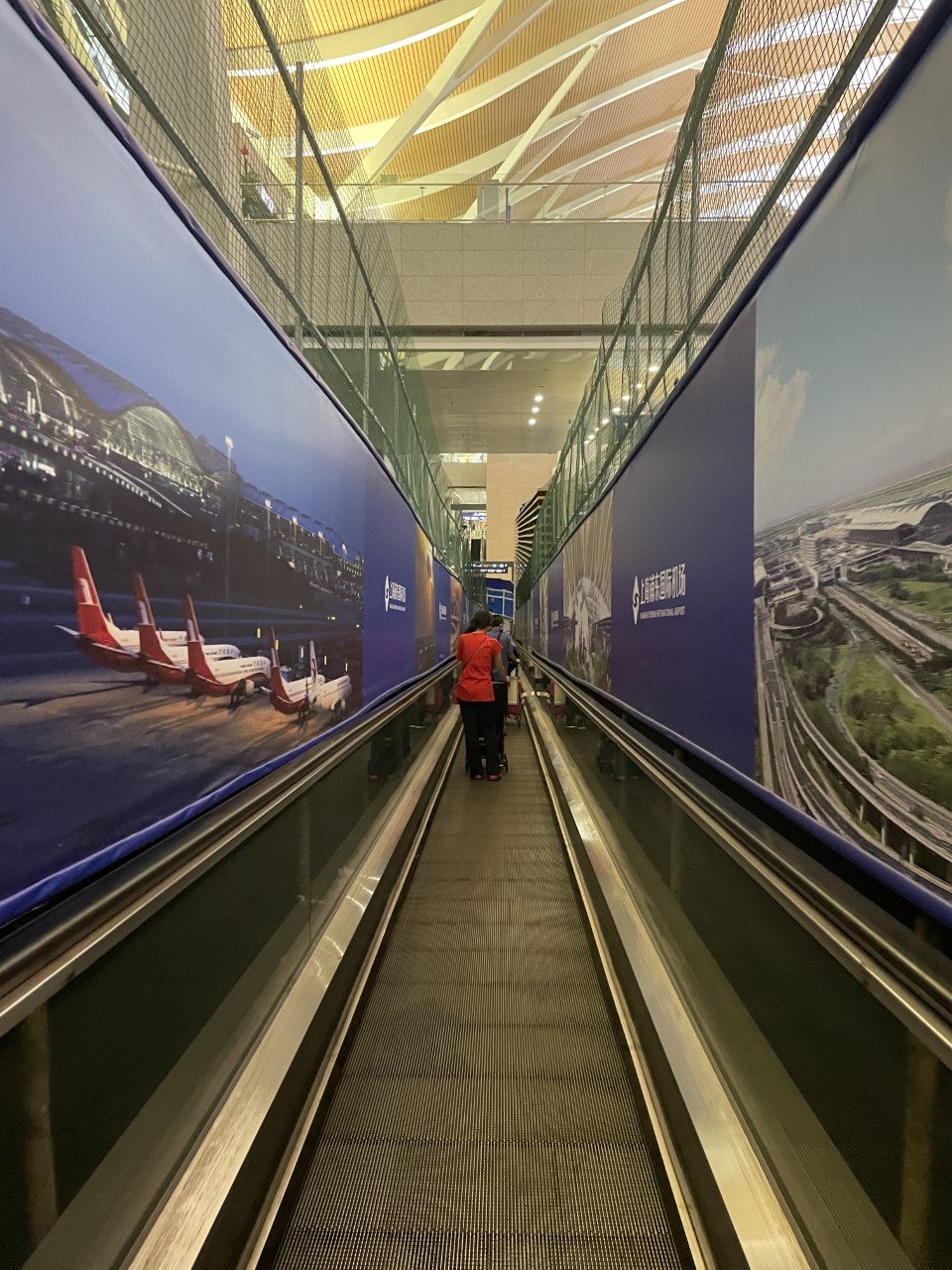 From then on it was impossible to get lost, no really. Big plastic walls blocked us off into narrow passage ways and we only had one direction, straight forward. After walking for quite a while and making it through about half-a-dozen checkpoints where our health QR codes were checked, I finally arrived at the testing site. Despite being tested 48 hours before the flight at a Chinese government approved lab in Dallas, we had to be tested with nasal and oral swab tests at the airport, which was not fun at all. Next I entered the section for people not intending to stay in Shanghai. My program is in Beijing; however, no international flights are allowed to the capital because of fear of COVID outbreaks, so instead I must remain in Shanghai for a short time before heading onto Beijing. It was here that I filled out all my documents and was assigned to a quarantine hotel in Shanghai.

After four hours at the airport, I finally boarded the bus the quarantine hotel, which was another hour-and-a-half away from the airport. After the long trip I finally made it to the quarantine hotel and am now beginning my 14 day quarantine in the hotel. During this time, I am not allowed to leave my room, aside from opening the door to pick up my food, deposit trash, or report for testing and temperature checking my staff in PPE. It will be interesting to see what I can do to keep myself busy during these 14 days. Luckily, orientation is set to begin on Monday so I will have an opportunity to virtually meet people in my program and share stories about our quarantine experiences. There are already dozens of Schwarzman Scholars scattered all over Shanghai and the rest of China in various stages of quarantine and medical observation. 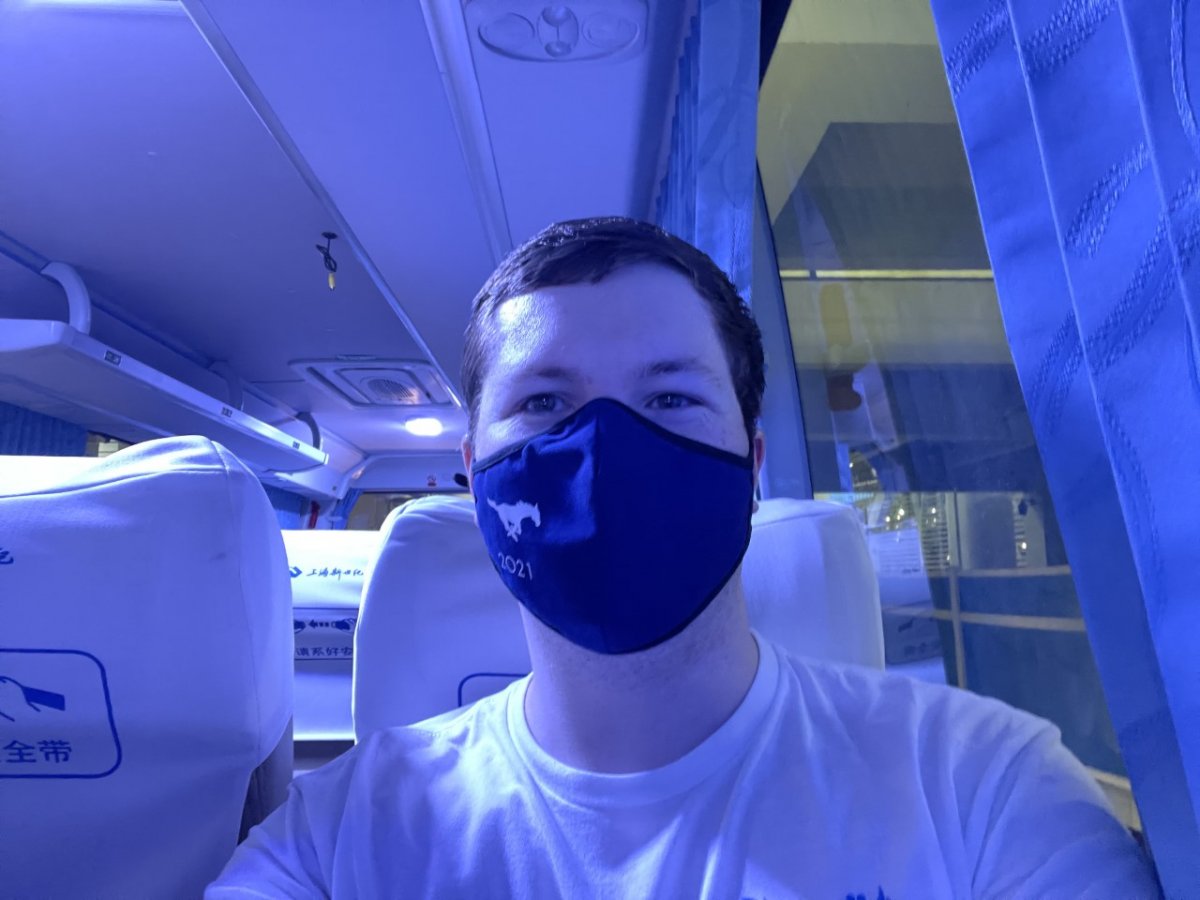 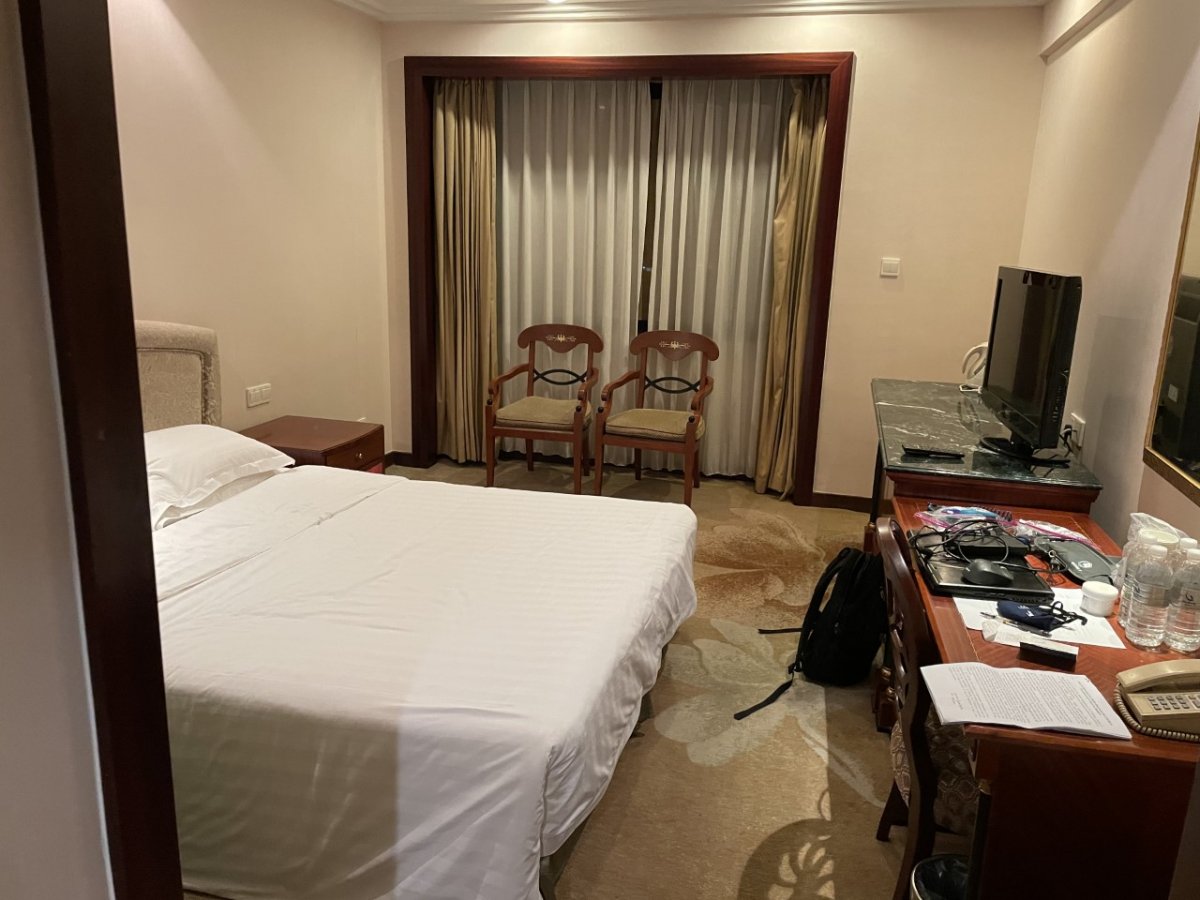